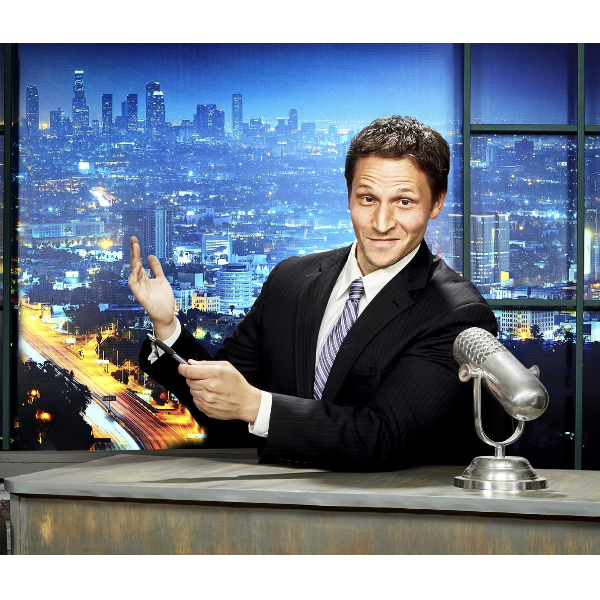 Jonny Loquasto grew up as a fat kid. An awkward fat kid. So telling jokes as an adult is very fitting. He also found a way to score a Masters Degree in Physical Therapy from the University of the Sciences in Philadelphia. And speaking of physical therapy, Jonny recently released his first hour-long standup comedy special titled “Jonny Loquasto: Physical. Therapy.” that is now streaming on Roku, Tubi, Sling TV, and Xumo!

Even though his comedy career has taken him all over the world and given him opportunities in television and film, he has also achieved a lifelong dream of finding success with the microphone in professional wrestling as a play by play commentator, ring announcer, live event host, and interviewer. This sports entertainment dream has even taken him to working for the largest sports entertainment company in the world. His work with World Wrestling Entertainment (WWE) has included live, worldwide broadcasts, touring the country, and even standing in the center of the ring holding the microphone while 13,000 fans cheered on their favorite superstars inside of the iconic Staples Center!

Jonny has also hosted for FOX Sports, CBS Sports, Whistle Sports, AXS TV, and has performed for our troops in the Middle East multiple times on tours with Armed Forces Entertainment. He’s also an accomplished voiceover artist, having the opportunity to lend his voice to projects for Nike, Best Buy, Samsung, Under Armour, McDonald’s, Cintas, multiple sports teams, and video games including GTA 5.

Follow him on social media @JQuasto and also visit QuastoSpecial.com to see every viewing option for his comedy special!